Announcement: Change of company name of Naturally Plus Taiwan 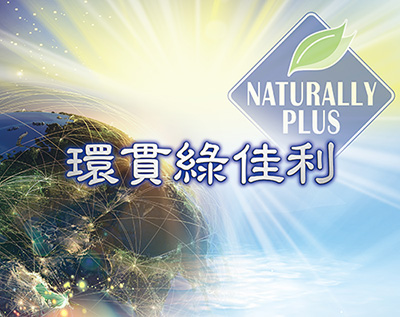 Founded in Japan in 1999, Naturally Plus, a global healthcare company with the corporate philosophy to “promote wellness and healthy living worldwide”, began building its global footprint by opening a salon in Taiwan in 2004.

In 2008, Naturally Plus became part of UNIVA Capital Group and that fuelled its global expansion. At present, Naturally Plus has expanded to include 30 bases in 12 countries.

Currently, Naturally Plus Taiwan is working towards becoming a listed company, as well as entering the China market. With that, its company name has changed from 「綠加利股份有限公司」to 「環貫綠佳利股份有限公司」(Univa NP Co., Ltd.).Since its inception, Naturally Plus Taiwan has been advocating the “3 types of health”, and even expanded on it to include “mental and physical health”, “financial health” and “societal health”. Through becoming a listed company, we hope to further expand the circle by having a greater influence, and to support the well-being of even more people all over the world. Also, it is not a private company owned by individuals; instead, it will be reborn as a public company, where it will strive to create an environment to improve the social status and reputation of network business, so that more people will feel proud to be a member of Naturally Plus.
By becoming listed in Taiwan and entering the China market, not only does Naturally Plus aim to open up a new era in the network business industry, it also strives to “contribute to the realisation of world peace” – the corporate philosophy of UNIVA CAPITAL Group.